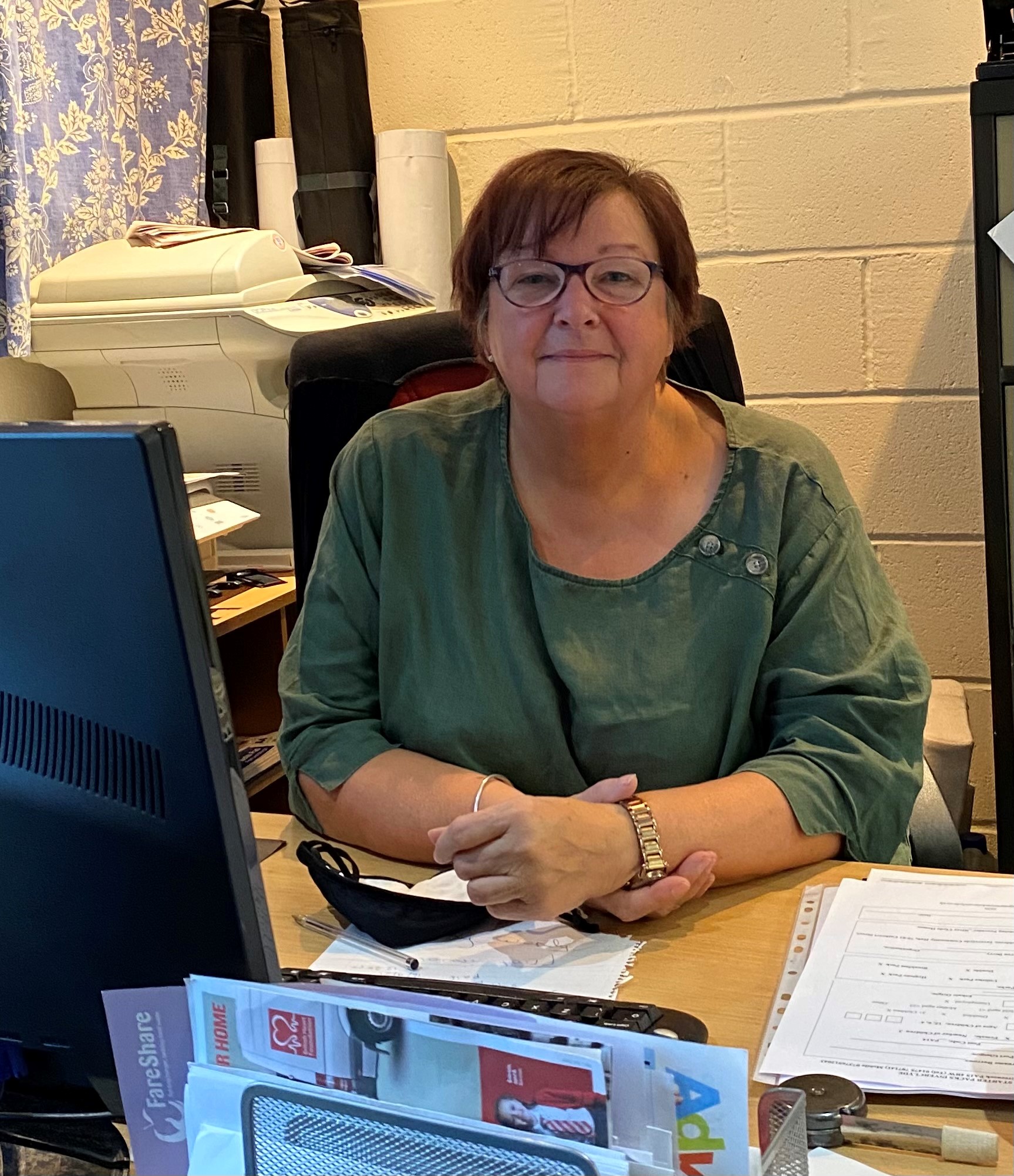 Starter Packs is a charity that was set up to help people who have been homeless and are offered a tenancy but lack the funds to purchase some basic households items.

Working with a number of groups, they provide people who are moving from homelessness to a tenancy with many of the things they need to make the empty shell of a house into a home. Members of the local community, including church members, donate good quality items that they no longer need, but which someone who has been homeless could use.

The value of a starter pack for a single person moving into a tenancy is £145 and per child it’s £58.

It was great to chat to June Glancy, project manager at Starter Packs Inverclyde, about the organisation’s incredible work to support vulnerable people in Inverclyde. 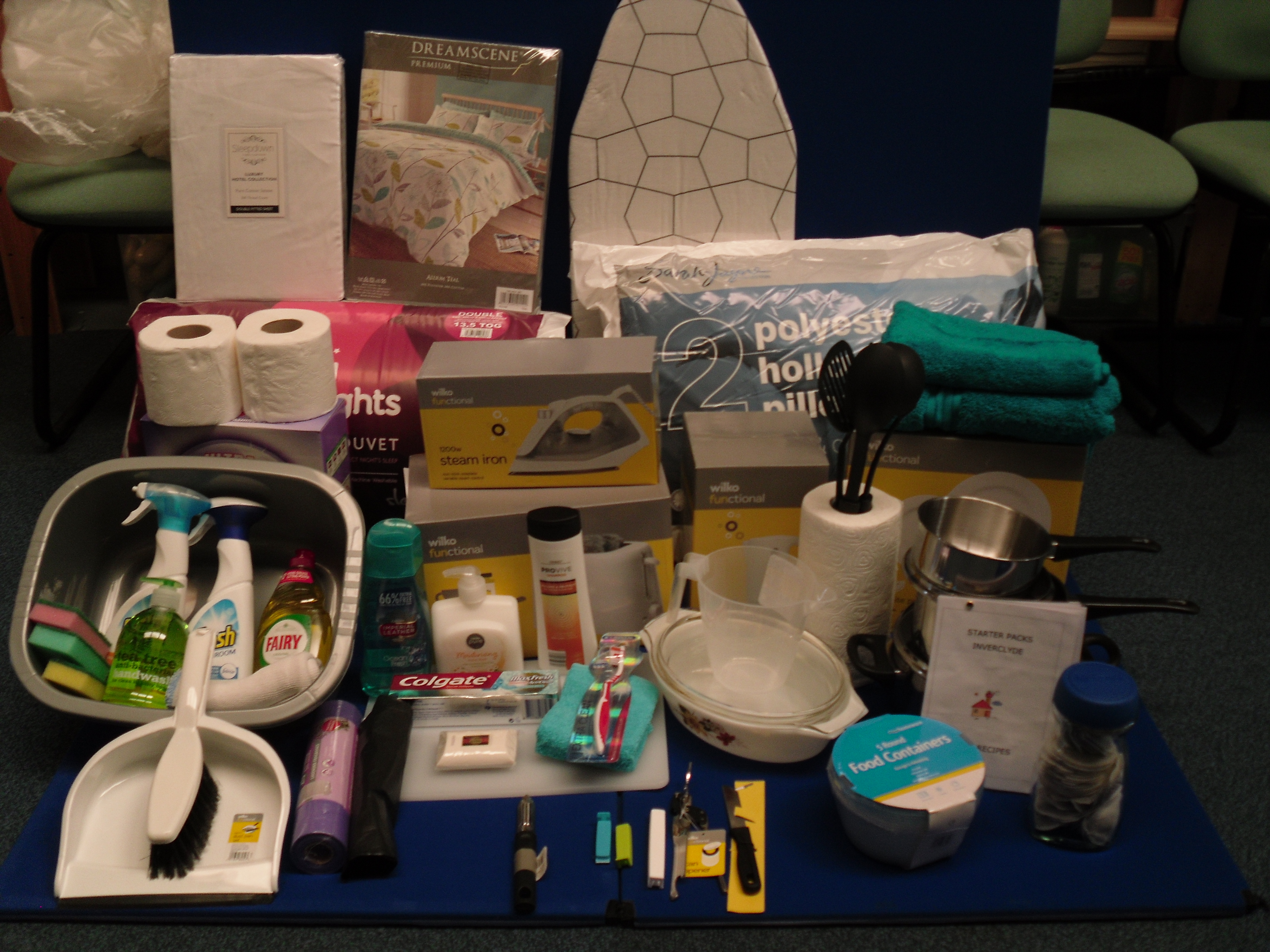 Can you give me a brief overview of what it is that you do and why?

Starter Packs was launched in 2002.

Way back then it was very basic. Church people donated their second hand bedding their second-hand cutlery, pots, crockery – you name it. But over the years we’ve been looking at how we treat people – just because you are homeless and you have nothing doesn’t mean you should be accepting other people’s second-hand goods so we’ve worked really hard over the years. We do get a wee bit of money from the council and all the housing association toward pack costs.

We never ever have enough money compared to the number of packs we give out, but we would be fundraising and we receive donations from the church and that helps with the cost.

It’s all referred, everyone has to be referred to us.

Someone can phone advice services or their housing association who can refer them to us for a starter pack.

Over the past few years this has been great because we always felt that we were missing people, but we can forward people’s details on to advice services and they can refer them to us for a starter pack. So hopefully now we don’t miss anybody, but we may do because people might not know where to go.

What can people in the Inverclyde community do to help Starter Packs?

They can donate items. All the items for our cleaning and hygiene packs. We take good quality second hand bedding and towels. Even monetary donations are really good because then we can go and buy what we need at the time.

We’ve not had any volunteers for a while because of the pandemic and we really miss them because they would shop for us, sort donations, help make up packs, go to the recycling for us.

Do you have a specific story or anecdote you could tell me about?

But we had a guy who came through homelessness services last October. He messaged me through Facebook and told me that what he got in his starter pack was amazing: it helped get him settled into his new flat, he’s now got a job and he’d like to give something back.

I said that was great and I told him about our fundraising page where you can donate £5, £10 or £20, but he said he wanted to give more than that and he asked how much a starter pack cost and I said £145. But I wasn’t expecting him to give that much back, but he did – he gave back the £145 and said use this to give a starter pack to someone else.

At Christmas we do extras – we get small tree and we buy decorations and we get hats, scarves and gloves, selection boxes and we get extra toiletries and chocolate so we put out an appeal.

How important is it that we tackle the stigma associated with poverty?

Poverty can be hidden because for lots of families, but I think with the pandemic more people realise how people are living – poverty in Inverclyde is really quite bad.

Starter Packs deals with poverty on a day-to-day basis. All this time since 2002 - it’s sad to say that all these years our figures go up. In July we did 49 homes in one month, we normally do about 34/35.

➡ keep up to date with Starter Packs on Facebook.

❤ Starter Packs accepts donations of good quality bedding and homewares, as well as new cleaning and hygiene products, for both children and adults. They can be found at Unit 2, Empress Court, Greenock, PA15 4RW and the best time to go is Monday to Thursday 9am – 1pm.