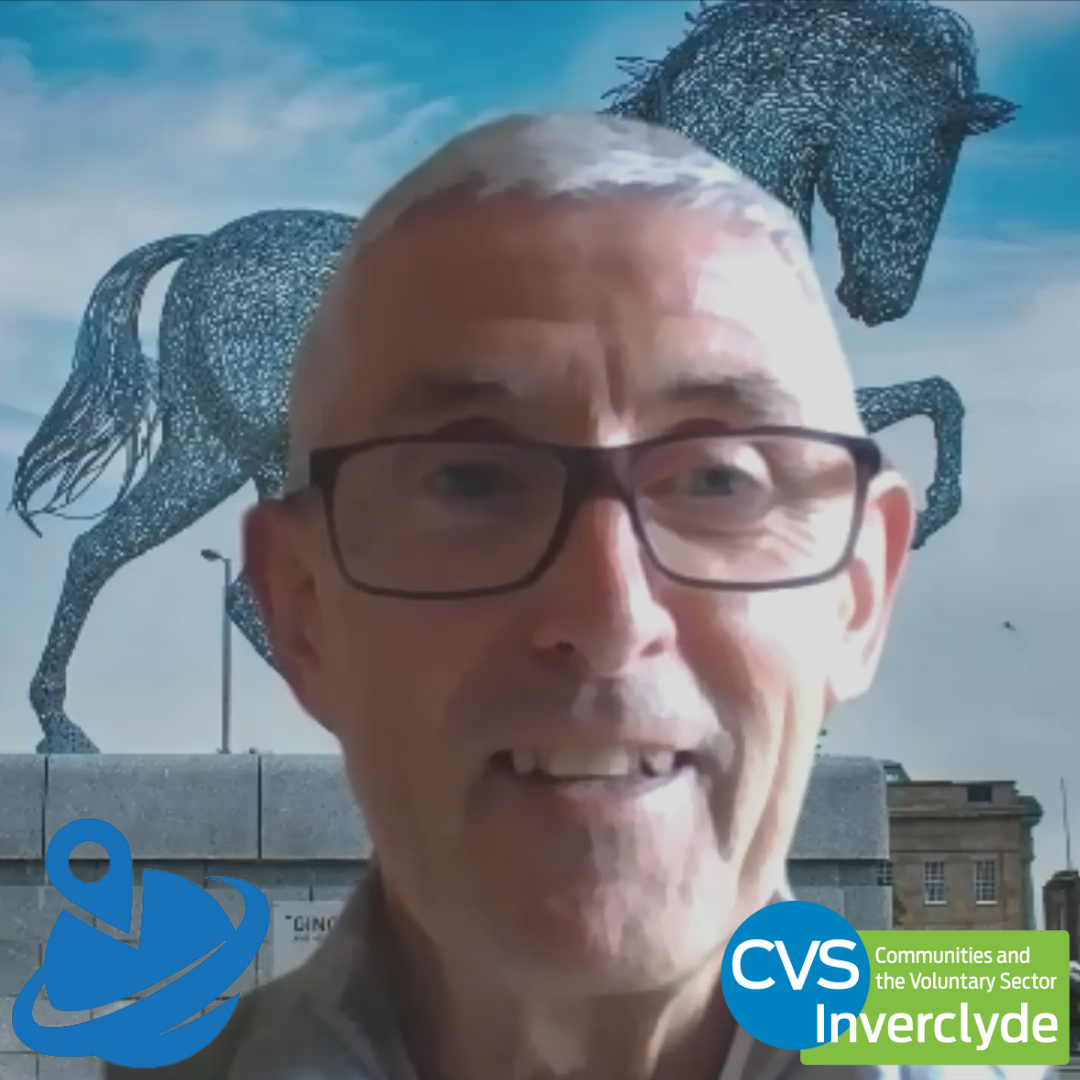 Homegrown in Inverclyde, World Walking is the walking website and app that is being used to record steps around the world. Created in 2013, the site and app has just reached 80 billion steps world wide. We caught up with World Walking creator, Duncan Galbraith, to chat about World Walking's global success and its involvement in COP 26 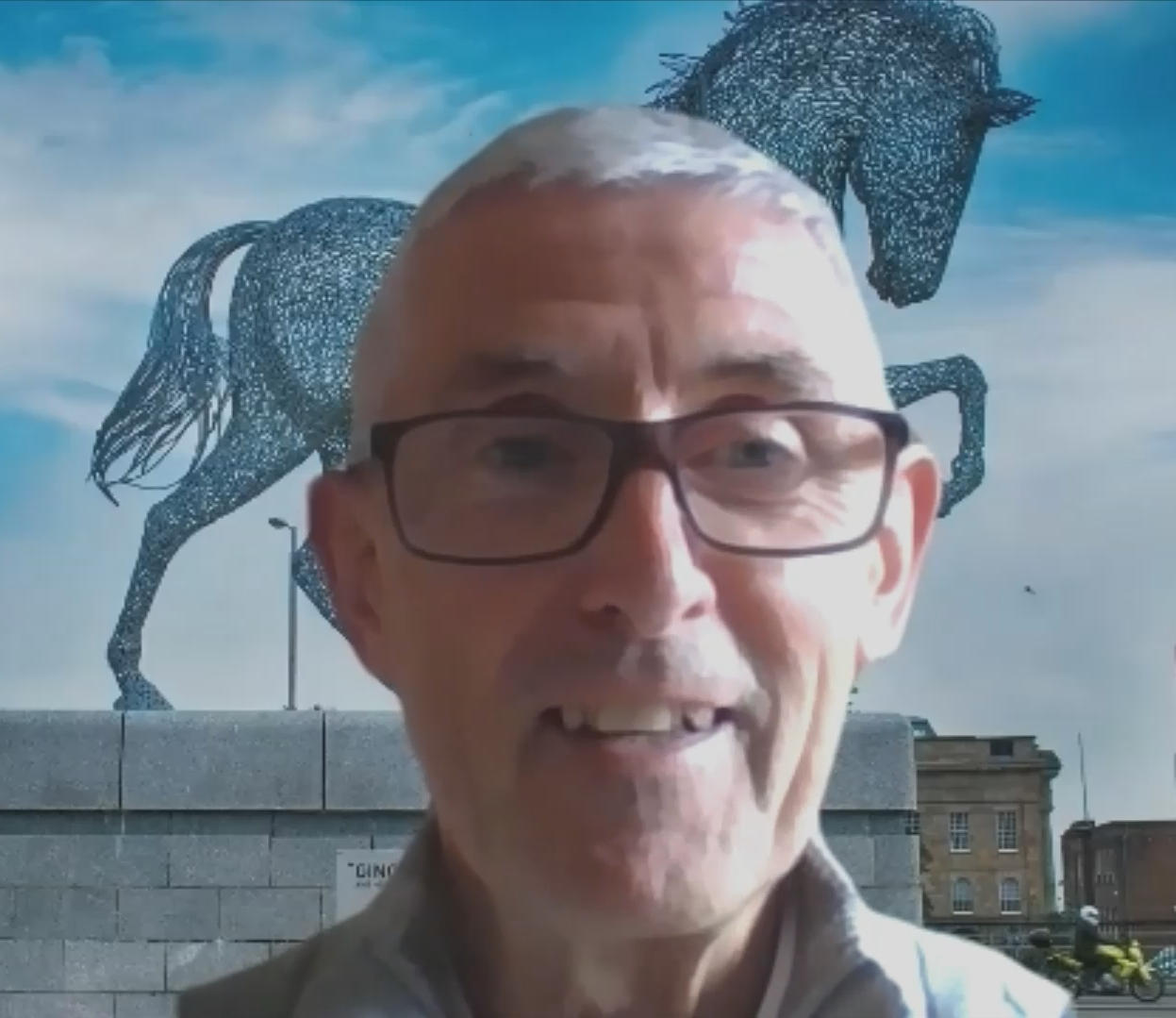 Can you tell us about how World Walking was first set up and what it aims to do?

World Walking was inspired by the efforts of a group of people who had been referred through the NHS to Inverclyde Leisure and they met at the waterfront as a cardiac rehab exercise group. To add a little spice to their weekly gym sessions we set a challenge for them to walk round the world. They chose the name the Inverclyde Globetrotters for this expedition and they kept walking.

It took 11 years with pedometers and clocking up miles at the gym to reach the moon – they were the inspiration behind World Walking. They began with a map of the world, a Googled route, and a box of pedometers from the cardiac rehab team. So World Walking was born from that and the idea was that we thought it might be useful to other exercise instructors who might want to do something similar but they wouldn’t have to find a route and they would be able to record it online without using spreadsheets.

It was a simple idea and we launched it in October 2013 with the idea of helping people to walk more. Every day since then people have joined it, started walks and added distance.

Did you think it would take off in the way that it has?

We hadn’t a clue! We had no game plan, we had no idea if anyone would find it, use it or find it helpful. But people find it.

The build up has been quite gradual, it’s been steady for the first 6 years up until April 2020, with people recording 2 point something million miles a year; and we were fine, we were very happy with that. Then of course Covid -19 arrived.

The pandemic was a game changer for us, as it has been for the world. I wish it never happened, despite the impetus it has given to World Walking, I would be very happy plodding along with 2 million miles a year, but it was a game changer.

With gyms shut and health walks stopping, people started looking for alternative ways of staying connected, staying active and staying safe. Lots of people found World Walking and started to use it. Since April 2020, our world has changed from all recognition of what it was before.

Do you have groups from all over the world?

We’ve got users in over 100 countries, in every State in the US; our big users outside the UK are the USA and Australia – which is a nice blend for us because when we’re entering our winter, they’re entering their summer, so our activity might tail off a bit but theirs picks up. 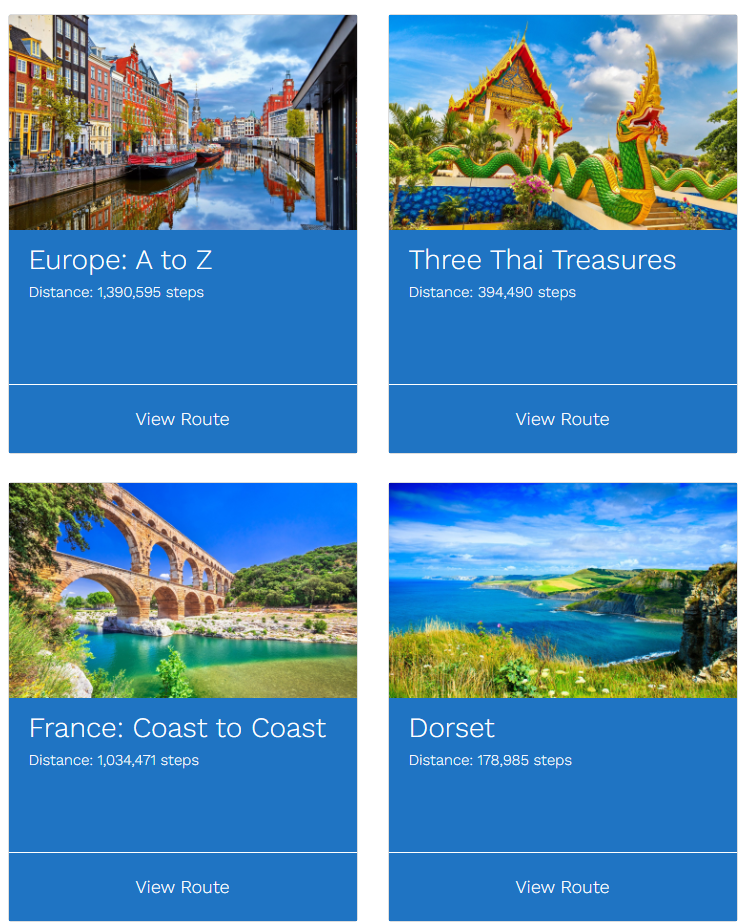 What’s the best way for someone to get involved with World Walking?

The idea behind World Walking is that it allows you to walk independently: you can use it as an individual or you can create small group and rope in your friends, family or colleagues. We’ve got groups of all sorts including community groups, churches, charities, schools, universities and workplaces. But to get started if you just want to explore it and see what it’s about, you just go to the website and there’s a little video on homepage you can watch.

But the simplest thing to do is just click the join button. It’s free, it doesn’t cost you anything, we don’t ask for lots of confidential information, we just ask for a username and a password. That’s all – two bits of information and it opens up our little online world and you’ve now joined our growing online community of world walkers. From there, you go to the walks page and you choose one of the walks to do on your own or as part of your group.

You can use the website or you can download the app for android and iOS. You can also sync your steps with a Fit Bit device. But you can also add the steps manually so you can have a little pedometer clipped to your waistband or in your pocket and add your steps from there.

It’s very simple to get started – it’s as easy as going for a walk in the park.

The idea is that you literally walk round the park or walk to work and while you’re doing that you’re using the steps you walk every day to complete some imaginary journey to an amazing place on Earth. It’ll surprise you how many miles and steps you can clock up doing everyday things.

World Walking is for anybody to use, any time they like, anywhere to help them get active or stay active. 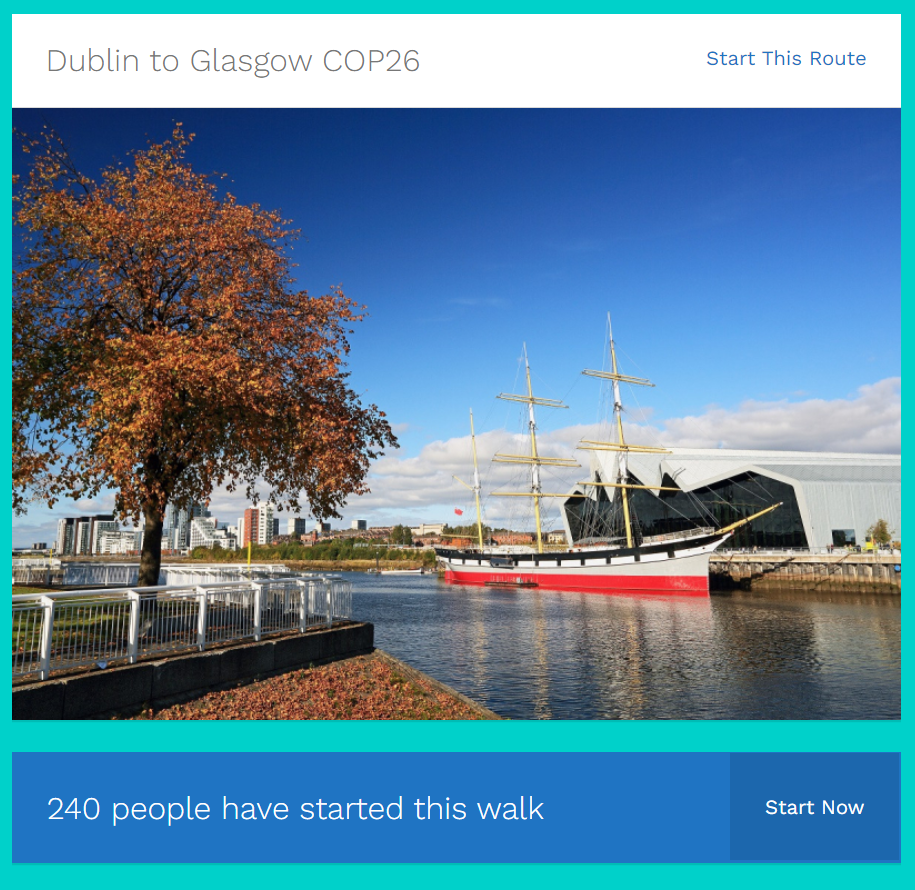 How is World Walking involved with COP26?

We’re always on the look out for a new angle for World Walking: we’ve created routes for Olympic Games and Commonwealth Games; so COP 26 coming to our own backyard in Glasgow was too good an opportunity to miss.

We had a taster for that when Keele University asked us to create a sustainability route linked to their work.

For COP 26 we created a route from Paris, where the Paris Climate Agreement was signed, to Glasgow and we called it our Climate Change Challenge. We also had an approach from an organisation in Ireland, called the Green Team Network, a network of financial institutions who are collectively trying to assist each other to become more sustainable, and they asked if we could create a route from Dublin to Glasgow.

The Glasgow Convention Burau, the organisation in Glasgow who attract conferences to the city, and they asked if we could create a couple of bespoke with them specifically for COP 26.

We have two routes now. One route allows people to use their steps to walk between various sustainability projects throughout Scotland to give people a flavour of what’s going on in Scotland to address this fundamental issue. So hopefully delegates coming to COP 26 will use this.

Closer to home, but in the same vain, we created a shorter walk around Glasgow and the surrounding areas again telling people about specific projects that are happening in and around Glasgow to inform people coming to Glasgow about what’s going on locally.

For our tiny, volunteer-led, Inverclyde based charity, to be (featuring is probably too strong a word) but in a kind of fashion (but by partnering with the Glasgow Convention Burau) to be featured in COP 26 in any shape or form is bringing a smile to our face.

And that’s very consistent with the theme of World Walking. We don’t set out to educate but all of our routes feature nice images and information about all the places that are featured so you can find out about the world you live in and the world other people live in just by using your everyday steps.

Really just that World Walking is there: it’s free, it’s homegrown and anyone in Inverclyde is very welcome to join whether as a group or individually and make the best of it.

That’s all we’ve ever set out to do. So the more people that do that - whether it’s in their workplace or in a school – you can use the miles that you clock up in your volunteer-led health and see how far you get.

Nobody can see you’re doing it or see your activity, nobody can contact you, we have no adverts on the site and we don’t bombard users with emails or marketing. It’s very private, very personal.

Bottom line would be: it’s there, crack on, make the best of it – and happy walking!