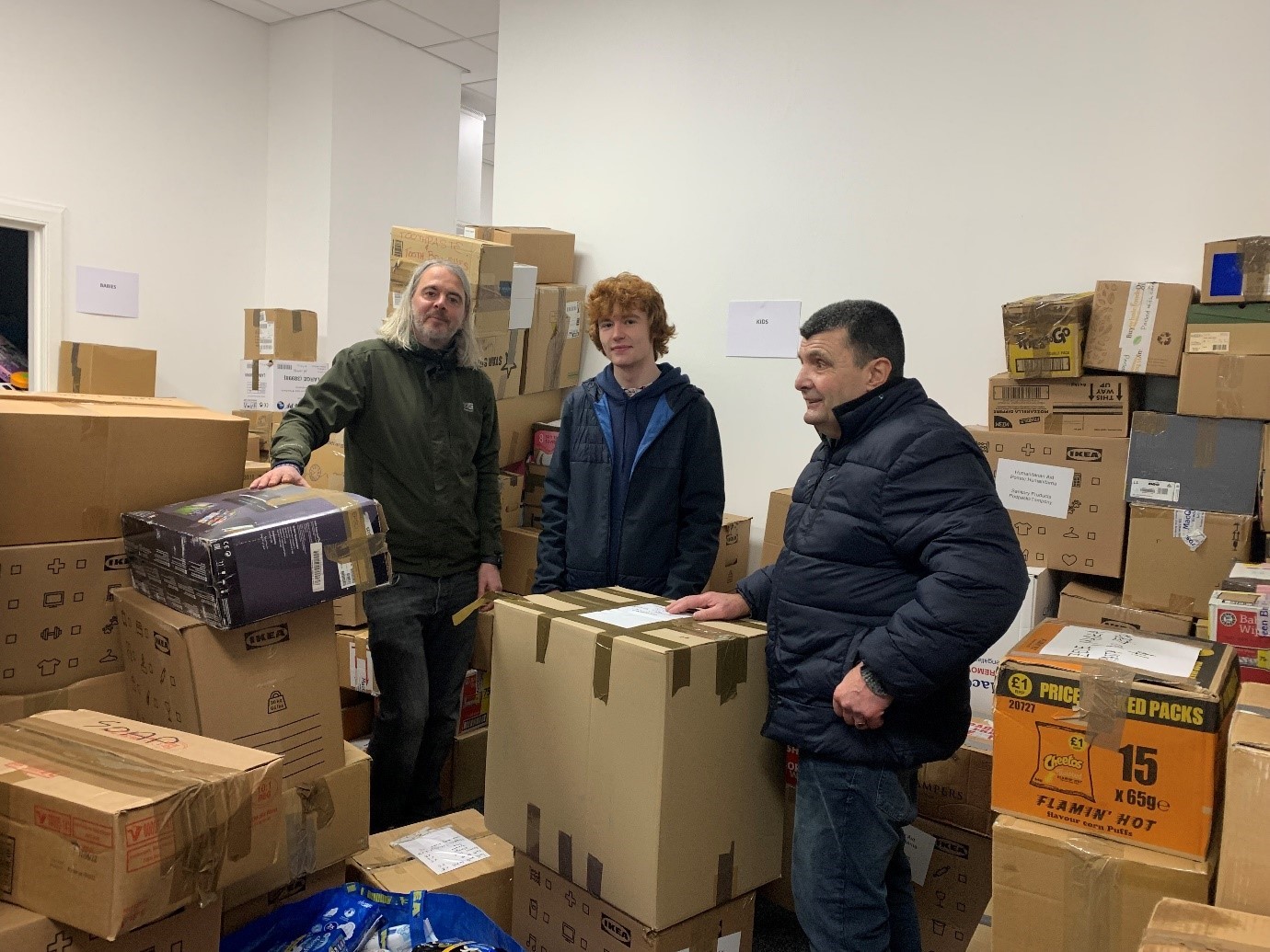 Ukraine: How Inverclyde Rallied Together

Ukraine: How Inverclyde Rallied Together

"The community response from Inverclyde was fast and massive, with the donations Hub at Cathcart House quickly becoming inundated with donations"

We have all been shocked, saddened and outraged by the events unfolding in Ukraine over the last few weeks. That something so unjust and unnecessary can happen in 2022 is hard to fathom, and many have been left feeling helpless in the face of such suffering.

However, the Inverclyde community are excellent at responding to a crisis, as demonstrated by the pop-up donation hubs springing up all over Inverclyde, many of which quickly became overwhelmed with the volume of donations ready to be sent to the Ukrainian borders to assist the growing number of refugees displaced from their homes by the unfolding conflict.

What began as a conversation between friends, quickly grew into a huge operation in the centre of Inverclyde.

Monika and Marta, business partners from Inverclyde and Glasgow, heard from a friend at the Ukraine-Poland border to say that they had an empty van and a couple of willing Scottish drivers, asking that they fill the van with supplies and send it over. That single van has become multiple lorries filled to capacity.

The community response from Inverclyde was fast and massive, with the donations Hub at Cathcart House quickly becoming inundated with donations. A full lorry loaded with just medications was sent last week, which are currently desperately required at the Ukraine border.

The logistics of the operation have proved difficult for the team, with lots of red tape and no government assistance financially. The initial funds for the shipments have been collected from the private sector, and thanks go out to everyone involved. Without this assistance, the shipments just wouldn’t have been possible.

Local business owners, Alliance Management Group, provided Cathcart House to centralise the operation and give the donations hub a home for the next few weeks. Huge thanks also go out to them for this generosity – again, without this location, the whole operation couldn’t have gone ahead.

CVS Inverclyde were drafted in to help support the call-out for volunteers required to empty delivery vans, sort, and re-package donations for their onward journey to Poland. The community response to this was similarly huge, with people constantly arriving during opening times to lend a hand and give up free time between shifts at their own jobs and family commitments.

Monika said, “It’s been overwhelming, people have been so kind. We really didn’t expect it to grow this big!”

How you can Help

The team at Cathcart House is no longer able to take any more donations or volunteers and are processing what they have received.

It is becoming increasingly clear that the easiest, fastest, and most effective way to help the situation on the ground in Ukraine is by donating financially.

The DEC centralise fifteen aid organisations and distribute funds where they are most needed during a crisis.

Mercy Corps have opened an appeal at: https://europe.mercycorps.org/en-gb/donate/crisis-ukraine-give-now-0

More advice on the Ukraine Humanitarian situation, fundraising, volunteering, and donating can be found at the Scottish Government Ready Scotland page: https://ready.scot/humanitarian